Why it’s time for the letter revolution!

My husband and I thought of e-Snail before the pervasive Coronavirus affected the entire planet; before we were isolated at home and before our way of life changed permanently. We were already craving a slower pace, feeling a little tired of the instant pull and superficiality of so many of the social media channels that have both kept us in touch with the world yet, in so many ways, created a fake bubble of knowing what’s actually going on in ours and our friends’ and family’s lives. Then, as our e-Snail ideas began to take shape, who would have thought we would be cut off from family and friends? That we would be re-thinking the ways in which we work, live and communicate? 2020 was the year of unthinkables and endless change which made us even more determined to launch the Letter Revolution.  Now, meaningful communication has never been so important. Let me begin with a bit of personal background about my relationship with letters. Growing up, I wrote thank you letters after Birthdays and Christmas encouraged by my parents; family Christmas chronicles were sent and received and there wasn’t a What’s App voice note or video message in sight. What I didn’t know at the time was that I was part of  one of the oldest existing traditions across thousands of cultures – communication through writing. By learning to write and also receiving letters I felt that joy of reading news and also imparting it to others, especially my lovely grandparents. As a teenager, I was lucky enough to spend a year abroad and (being just shy of the whole email generation) I wrote endless letters home to the UK and vice-versa. My parents and family wrote to me and I felt connected by those airmails that landed – a physical object that I could touch and re-read over and again – a hug through the post. Moreso, when my Grandmother passed away, my Aunt went through the correspondence that she had kept from all of her 7 grandchildren, nieces, nephews and various cousins. I was so proud that the pile returned to me had been the largest -– there were hundreds. They’d been cherished, re-read and carefully kept. It made me feel like I’d made a real connection that had meant so much to her, one that had endured; letters and postcards that chronicled the last 20 years of my life. I still treasure these letters and return to read them when I need a little nostalgia and a reminder of her. Then there was when I fell in love with my now husband.  I realised the minute that he had to step on a plane to travel 8,000 miles away that I was in love – emails were great but Airmail letters were where we really got to know each other and both of us, unknowingly, have kept those correspondence to this day. Living as Expats for 10 years also made us value communication more. A frustrating postal system can put a stop to visiting a post office to send a card or letter to say you’re thinking of someone; that you’re sorry for someone’s loss or to congratulate a new arrival – times when an email just doesn’t suffice. My children are more capable of sending videos and Whatsapps to say thank you for Birthday gifts than they are at composing a thank you note. This got me thinking – will our children’s generation ever understand the art of letter writing or receiving? What if that gets lost? And this made us feel incredibly sad that something that had been such a huge part of our childhoods wasn’t going to be easily passed on. Finally, with an ailing father-in-law whose Dementia creeps ever closer, a physical letter seems to penetrate where cards and phone calls don’t – he can read, re-read and remember. Just another driving force to get letters out there again. So, as you can see, we are passionate about letters. Not everyone has a computer, we understand that. And not everyone has letterboxes either. However, there are ways and means and we aim to make them simpler and easier for you. 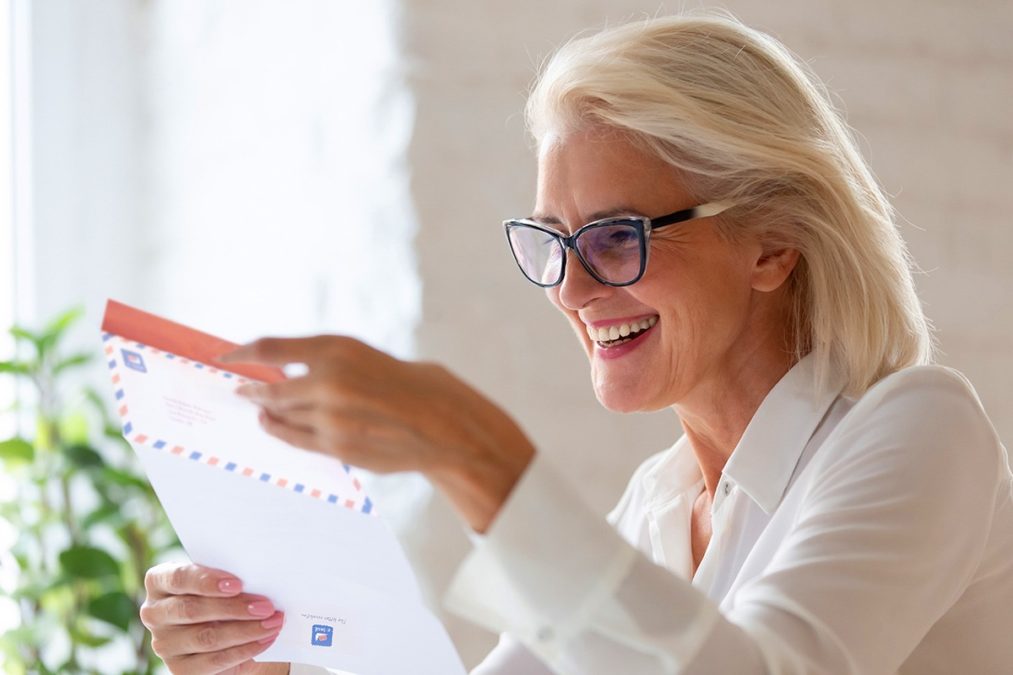 Isolation; lockdown; restrictions. Three words we never thought would be a part of our everyday vernacular. As we begin to come out the other side 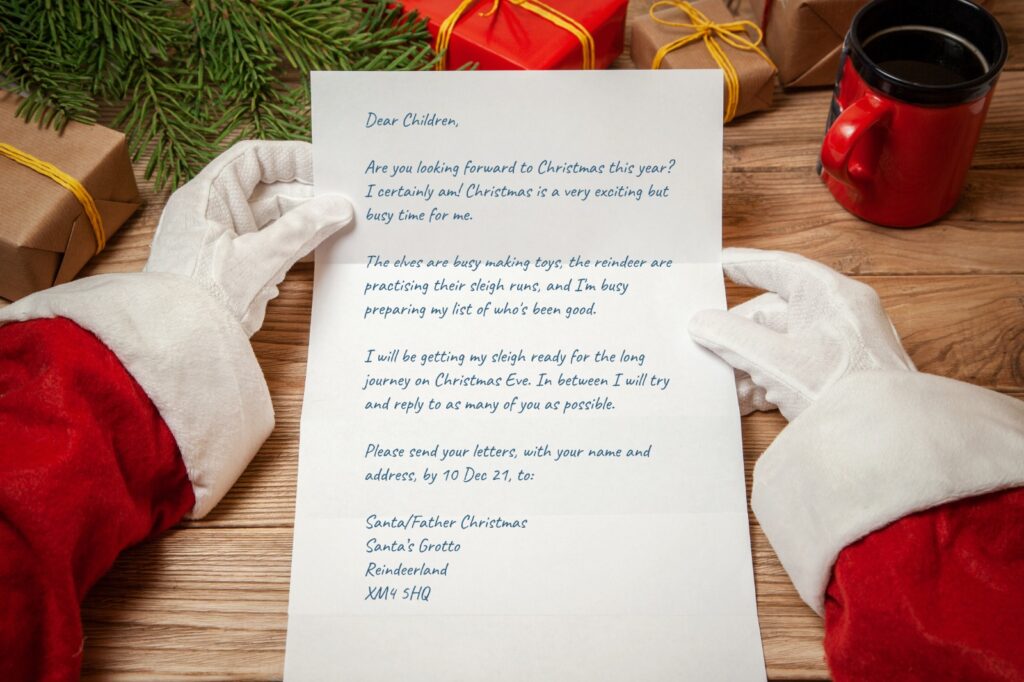 Santa Mail is here!  Use e-Snail to send letters to Father Christmas and post them by 10th December 2021 with your name and address and 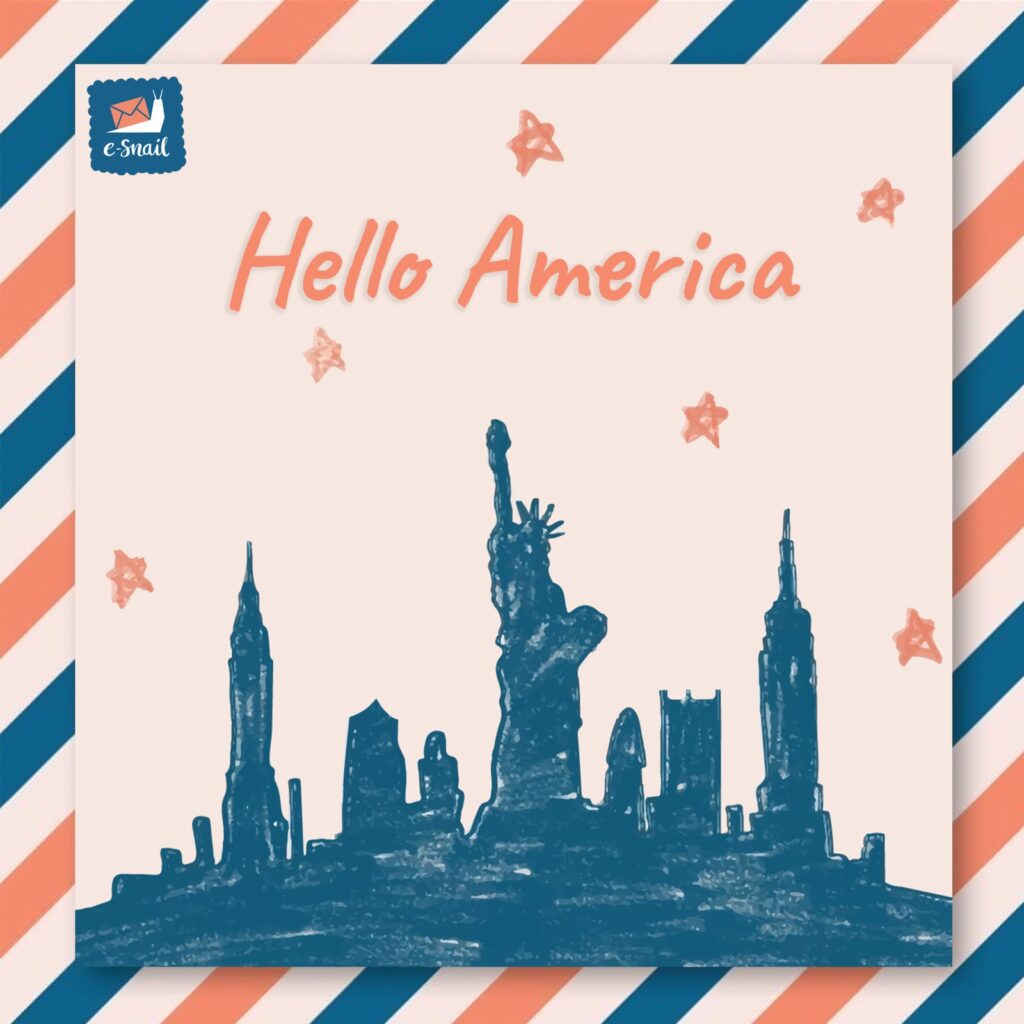 e-Snail is excited to announce that it has established a dedicated printing hub in America.  This enables all letters posted to America to be printed